This season’s MVP race is one that is uniquely different from that of years past. We have grown accustomed to a man by the name of LeBron James earning the right to bring home another trophy to display on his mantelpiece. James has won the MVP award four out of the last six years (2009-2010 and 2012-2013). However, this year there are new young superstars that are knocking on the door. Actually, some of them are banging down the door. James Harden (25), Russell Westbrook (26), and Stephen Curry (27) are those young superstars banging down the door in search of their MVP. Each of them is making a terrific campaign for why they deserve to win it and in the process stirring up intriguing debate. There are various ideas on the requirements or credentials needed to fit the billing of “Most Valuable Player,” but there is no one measurement for determining who is the most deserving candidate. Certain people believe that it should go to the person who has the gaudiest numbers. Others believe it should go to the best player on the best team. You don’t have to agree with my own view of this year’s race but here is how I see it. 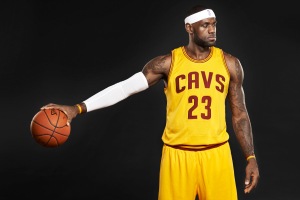 4.) LeBron James James is always in the running for the award because his performance, leadership and team-first mentality is invaluable. He has kept the Cavaliers together during rough patches throughout the season and been instrumental in the team’s first return to post-season basketball since the 2010 playoffs.   As important as he is to the Cavaliers and their entire organization, it is not likely that he will walk away with the award, especially not in a year when he’s put up his lowest scoring average this season (25.3 PPG) since his rookie year (20.9 PPG).

3.) James Harden Harden is second in the league in scoring (27.5 PPG). It is safe to say he is one of the best scores in the league. He draws fouls and gets to the line at will, constantly putting pressure on the defense. And, when he gets to the stripe he is cashing in at 86%. He has put up astonishing numbers, as he has reached the 50-point mark twice and the 40-point mark 8 times this season. He seemingly carried the Houston Rockets when Dwight Howard was out due to injury. Harden is the reason the Rockets are a force to be reckoned with in the West.

2.) Russell Westbrook With Durant out a majority of the season, Westbrook has stepped up his play to a level that hasn’t been seen since Oscar Robertson. In the month of February, he tallied 31.2 PPG, 9.1 RPG, and 10.3 APG. On the season he has recorded an incredible 30 double-doubles and 11 triple-doubles. If not for what he has done, the Thunder would not be battling for a playoff position. However, there in the lies the crux of his campaign. The Thunder still have not clinched a spot in the playoffs and are left fighting with the New Orleans Pelicans for the 8th spot headed into the final week of the season. I just don’t believe the MVP award should go to a guy, whose team might miss the playoffs. However, the season could be viewed as an exception with the Thunder playing in a brutally tough Western Conference without Kevin Durant. All in all, I still think there is one guy who is more deserving. And, that leads me to…

1.) Stephen Curry Curry is the best player on the best team. But that is not the only reason why he should earn the MVP award. His play has been dominant. He is the most versatile player in the game and is a threat at all times. He ranks sixth in the league in scoring at 24.0 PPG and sixth in the league in assists at 7.7 APG. Regarding his scoring ability, he has also posted a 50-point game this season to go along with two 40-point games. Did I mention that he also broke his own record for most 3-point FGs MADE in a season? He previously set the record at 272 only two seasons ago, but he recently broke that mark and is now sitting on 281 makes with two games remaining. His overall impact on the team is undeniable and one of the main reasons why the Warriors have had so much success this year. The Warriors’ record (65-15) is nothing to shrug off, especially since they have been a runway #1 seed in the Western Conference (10.5 games up on the second seed). Stephen Curry is the most deserving winner this season and should own the right to be called MVP. 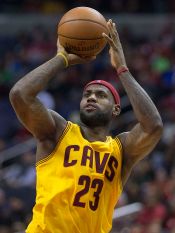 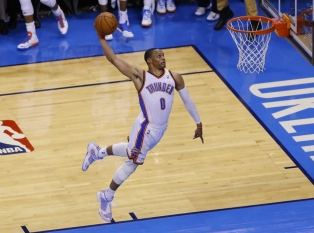 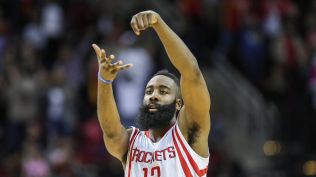