The opportunity for Kevin Durant to join the Golden State Warriors this summer was so uncommon that all I can do is appreciate his decision to seize such a rare moment. What was presented to Durant came into existence at a historically unique time.

Some may exclaim how unfair it is that the Warriors get to add another superstar to the mix and ridicule the 7-time All-Star.  However, I take the opposite approach. Appreciate the unique spectacle we are all about to witness this upcoming season.  How much of a spectacle? One NBA’s front office simulation had Golden State winning 83 games out of a possible 82 game season.

Even if you identify as a die-hard Thunder fan, please try to understand the rarity for a player, with Durant’s status to be presented with the opportunity he was presented  during the summer of 2016.

Understand how the stars aligned (literally for Golden State), as Durant entered this summer for the 1st time in his career as an Unrestricted Free Agent.

The salary cap spiked an unprecedented $24 million, providing many competitors – including the Warriors – with the financial capability to chase Durant. But why did the cap spike? The NBA agreed to a joint TV deal with ESPN and Turner for the price of $24 billion over nine years. So, the $24 million cap increase represents that influx of cash that is now being poured into the league and its teams.

The uniqueness of the Warriors’ financial circumstance is intensified when the payroll reflects Stephen Curry’s salary ($12,112,359) to be the same as Lakers’ point guard Jordan Clarkson ($12,500,000). The league’s two-time defending MVP is being wildly underpaid in today’s new market.

Of the last 10 seasons, only three times has reigning MVP gone into the following season earning less than 20% of their respective team’s salary cap. Curry is responsible for two of those three times, and Derrick Rose holds the other instance, in 2011, when he was playing under the last year of his rookie contract.

Stephen Curry is still under contract from a deal that was negotiated in 2012 while he was coming back from ankle injuries that had sidelined him for 56 games the previous season. However, now that Curry has captured back-to-back MVP trophies, his upcoming $12 million contract doesn’t even come close to reflecting his true value in today’s 2016 market. In other words, Curry’s salary is at a discounted rate, and when coupled with a massive spike in salary cap, the result is a time warp that allowed the back-to-back Western Conference Champions and 2015 NBA Champs to add the league’s most lethal scorer – Kevin Durant.

Money on the Table

Simply put, Durant left money on the table. Oklahoma City owned his Bird Rights providing them with the bargaining chip of offering him a larger annual raise at 7.5% than that of any other team that was able to offer a 4.5% annual raise.

Regardless of the annual increase, he almost certainly would have signed a 1+1 deal no matter which team he chose. The significance of signing a 1+1 deal means that he can opt out after his tenth year of service and jump from a second-tier max earnings at 30% of the salary cap to third-tier max earnings at 35%.  If he had stayed in OKC on a 1+1 contract and then re-signed a long-term deal next summer, he would have stood to make a considerable amount more.

The graphic below represents the  difference in contract figures – between OKC and GSW – predicated on MAX percentages of the salary cap, Years of Service (YOS) and Bird Right exceptions.

Why not one more year in OKC?

Returning to the rarity of the situation, let’s say, for example, that Durant wanted to sign a 1+1 deal with OKC and opt out after the first season of his contact to re-evaluate his options.  The same financial circumstance in 2016 would be non-existent in 2017. How so? The flip side of the business is that Golden State would have needed to make decisions during the free agency period based on a future without Durant. Being that they just set a record for 73 wins in a season, something tells me that they would maintain the core of their roster, especially with Durant out of the picture heading back to OKC.

Here is a breakdown of what players are now earning from other teams, being that the Warriors went in a different direction and allowed them to find deals on the open market.

Golden State would have had to match market value offers made to their players by other competing franchises. Having to match competitive offers and re-sign their core bench players would have been costly, come the 2017 free agency period, as they would have been out of the mix to financially court Kevin Durant.

In the graphic below, the team totals demonstrate what the payroll would be heading into that season.  The picture shows a hypothetical projection that includes now-former Golden State players had they re-signed.  Their salary figures are based on the contracts they signed this summer on the open market.  So, had Durant chosen to try to join GSW come the 2017 free agency period, the possibility of doing so would have been slim to none (unless Curry and Durant both took major pay cuts). Without even adding Durant’s third-tier MAX contract, the 2017-18 payroll would have been up to $103 million with Curry on the books signing a second-tier MAX.

Warriors can’t have their cake and eat it too

His decision to leave Oklahoma City for Golden State is not simply addition. In order for the franchise to add Durant, the equation had to include subtraction. For the Warriors, it is addition by subtraction.

Warriors disassembled and re-assembled. Meaning they are not the exact same 73-win team plus Durant. The Golden State Warriors have multiple new faces, the consequence of bringing in a superstar. The Warriors lost many key contributors from their record-breaking team and now must build chemistry – which has been proven to be difficult in the beginning for “super teams,” as evidenced by 2014-15 Cleveland Cavaliers who started out their first 39 games of the season with a below .500 record (19W-20L).

Golden State lost two starters (one of whom received a max level contract from a Western Conference competitor), and three talented role players.

In order to make financial room for Durant, the Warriors could not match the Mavericks’ MAX offer sheet to Harrison Barnes and also had to trade their starting Center, Andrew Bogut, to clear cap space.  Furthermore, GSW renounced the rights of a number of key players – Ezeli, Barbosa, Rush.

These financial decisions to clear cap space are ones almost every team would make when given the opportunity to add a four-time scoring champ to their lineup.  The result of all the stars aligning – both from a financial perspective with an unprecedented salary cap spike that the NBA has never seen and the from a team perspective – this upcoming season will be something to behold.  I love KD’s decision to seize the rare opportunity presented to him.  And, I cannot wait to witness another year of greatness from Golden State. 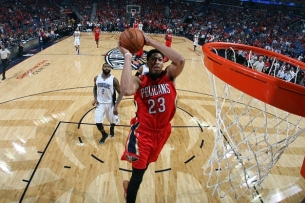 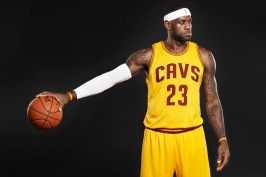